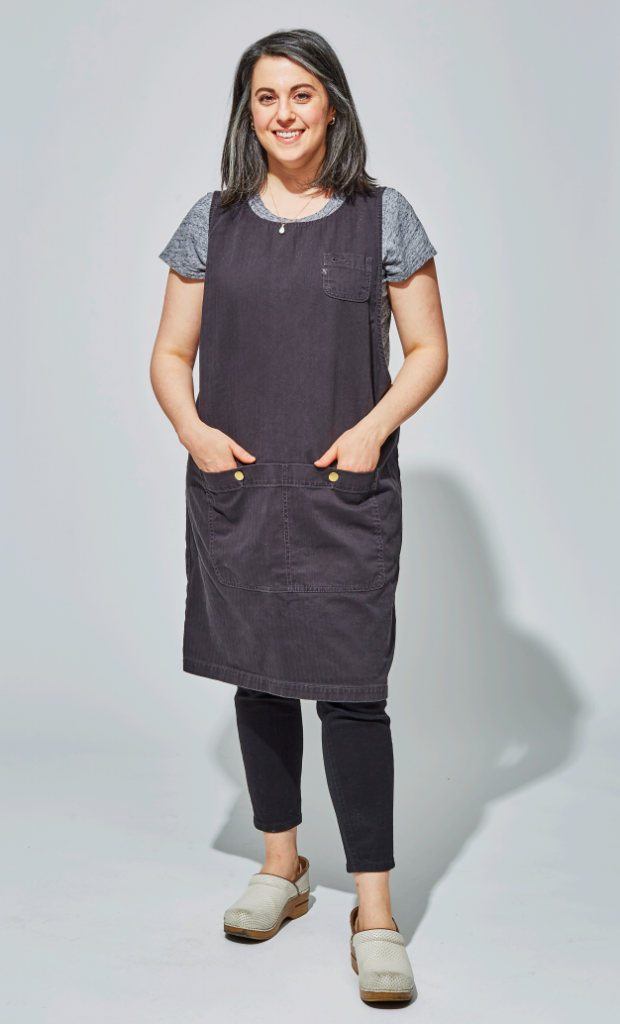 In our interview with Claire Saffitz, you’ll learn all about how she learned that wearing sunscreen every day is important, how she incorporates SPF into her daily routine and her suggestion for a no-fail baking recipe.

If you love food and love to watch YouTube, then it’s highly likely that you know who Claire Saffitz is. She’s the host of Bon Appétit‘s viral YouTube series, Gourmet Makes. In these videos, you can find Claire attempting to make homemade versions of your favorite childhood snacks, from Oreos to Cheetos.

YouTube stardom aside, Claire is a truly impressive baker (who is also coming out with a cookbook later this year) and a sunscreen advocate. Below, we chat with Claire all about sunscreen, her favorite skincare and why she thinks simple baking recipes are the best.

What has been your personal journey with wearing sunscreen?

I’ve always had to wear sunscreen because I have such fair skin and I burn very easily. Plus, I don’t tan. So fortunately, I was not able to tan when that was “cool.” I go from pale to burned to back to pale again, so I’ve always used sunscreen when I was in the sun.

But it was only in the last year or two that I started wearing it every day. I was already wearing a tinted moisturizer with SPF but I figured it wasn’t enough. And then when I started seeing a bit of discoloration on my skin, like sun spots, that’s when I really got diligent about wearing sunscreen every day.

I wear Unseen Sunscreen SPF 40 under my tinted moisturizer every day, even in the winter or if it’s a cloudy day. It’s just become a part of my routine, so I try not rationalize it one way or the other — I just know that it’s good for my skin.

I love Unseen Sunscreen because its such a good primer. I love that sunscreen is very different now than it was when I was a kid. It’s come such a long way.

How did you get into the habit of wearing Unseen every day?

Once I discovered Unseen Sunscreen, it was really easy because I would just mix it with a primer I was already wearing every day. Once you find a sunscreen that fits so seamlessly in with what you’re already doing, it becomes so easy to make it a habit. Plus, Unseen doesn’t leave any residue and it’s so weightless — once I started wearing it, I wondered why I hadn’t started doing this earlier.

What’s your general approach to skincare?

I’ve tried to pare my routine down a bit. Sometimes I don’t feel like doing a mask or a serum, and all that, so I stick to the basics. So I’ve found a cleanser that I really like: the Korres Greek Yoghurt Foaming Cream Cleanser. It’s really gentle and it takes off all my makeup. I really like to wear mascara and it takes it all off. Sometimes I’ll do it twice. I generally double cleanse.

In the mornings, I use the Biossance Squalane + Probiotic Gel Moisturizer. It’s a super hydrating moisturizer. I used to think that because my skin got a little oily that I couldn’t use a really deep moisturizer, but then I realized that my skin was getting oily because it was dry, so using richer products have really helped.

And then I apply Unseen Sunscreen and mix it with my Laura Mercier primer and the Laura Mercier tinted moisturizer. I’ll then use a little concealer, if I need it. I really love the line of makeup by RMS Beauty. It’s very natural. I like to lip-to-cheek colors for blush and the mascara. Sometimes if I’m shooting and my skin is looking a little dull, I like using the RMS Living Luminizer. I used to think I couldn’t use any kind of luminizing products because I’m so pale, but the RMS Living Luminizer is a really nice champagne color.

Do you do your own makeup for your videos?

Bon Appétit wants the filming to reflect us in our daily lives so I do my own makeup. When I was full-time there, filming was just one of the many things I would do in my day, along with meetings and recipe testings. Plus, whenever there was someone doing the makeup, I didn’t like it because I didn’t look like myself.

There are different ways they can be challenging. There’s the kind of challenge where the food or candy itself can never be replicated in a home kitchen so you have to figure out a way to closely approximate it. For example, Pop Rocks. That was one episode where I knew I couldn’t do it because of how its made, so I just did best.

And what have been the most satisfying Gourmet Eats episodes?

I recently filmed Totinos Pizza Rolls, which I didn’t have high expectations for, but it was actually really fun. I made fresh pizza dough and they turned out really delicious. I also like Hot Pockets because it’s so easy to improve on the original, and my version turned out really great. The best episodes are usually the ones where I find a technique that works better than I thought it would.

Can you tell us a little more about your cookbook coming out this year?

The cookbook will be out in the fall and it’s all about baking. I would say it’s 85% sweet recipes, but there is one chapter on savory baking because I want the book to demonstrate how versatile and diverse baking is. The book is an argument in favor of baking and its trying to push against people who say, “I’m a cook but not a baker.”

Lastly, what’s a no-fail recipe a novice baker should attempt?

It’s always nice when you can work on something where you’re working in a pan and not needing to form anything, so something like brownies is a good choice. Those recipes tend to be simple and the truth is that simple things are always the best. I think everyone appreciates a well-made brownie. I don’t think everyone wants to be challenged, especially when they’re eating dessert.

+Did you enjoy our interview with Claire Saffitz? Who should we interview next? Leave your suggestions in the comments!

About The Bright Side

Everything you ever wanted to know about SPF and your skin, all in one happy little spot.