Skip to content
Opens in a new window
Articles > Sun 101 > The History of Sunscreen and Supergoop!’s Place In It 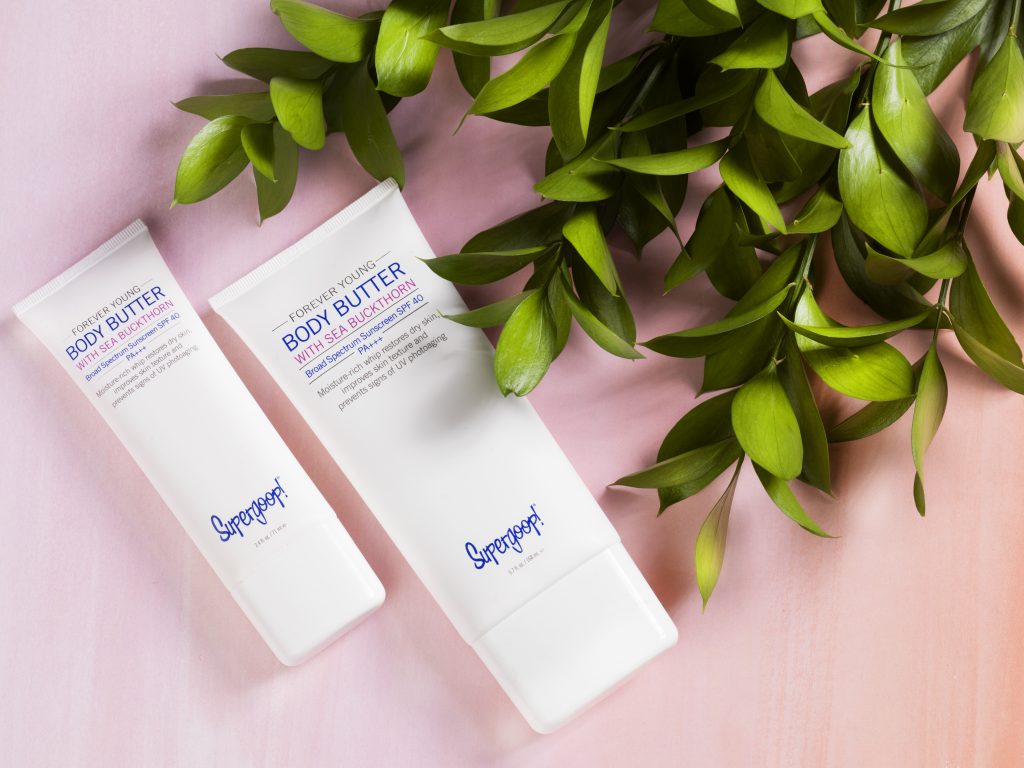 The history of sunscreen is more interesting than you think…from the ancient Greeks using olive oil as sunblock (the horror!) to a sunscreen developed for the military in the 40s that was red and tacky, we’ve come a long way in the SPF world.

Although the sun has been around forever, sunscreen has not… In fact, the advent of SPF is shockingly recent, to the point that you may even know people in your life who existed before sunscreen did. Today we’re doing a mini dive into the history of sunscreen by providing a timeline of its invention and evolution, including the pivotal role that Supergoop! has played in the sun care industry.

~30 BCE — Natural ingredients are often used by early civilizations to help protect skin from the sun. For example, the ancient Greeks used olive oil, ancient Egyptians used rice and jasmine extracts, and a nomadic sea-traversing people called the Sama-Bajau used a paste of water weeds, rice, and spices. Up until the advent of sunscreen, people rely on methods like these in addition to simply avoiding the sun. Long sleeves, large hats, gloves, and parasols are the norm all the way through the early 20th century.

1930s — Chemists really begin working on sun protection creams and, as a result, the industry experiences its first mini boom. In 1932, an Australian man named H.A. Milton Blake debuts his Hamilton Sunscreen, and in 1936, French chemist and L’Oreal founder, Eugène Schueller, develops a commercial sunscreen. Both are still quite primitive, but nevertheless a step in the right direction.

(For some perspective, this timeframe is nearly a decade after other inventions like sliced bread, the electric television and antibiotics. We even had cars, airplanes and air conditioners several decades before. And still, these sunscreens weren’t even that great…)

1944 — An airman and pharmacist named Benjamin Green develops a sunscreen specifically for members of the U.S. military. It is called the Red Vet Pet due to the inclusion of red veterinary petrolatum. The formula is an unsightly red hue, super sticky and also pretty limited in terms of efficacy.

1946 — After dealing with a nasty burn of his own in 1938, an Austrian chemist named Franz Greiter sets out to invent his own sunscreen. In 1946, he launches a slightly more sophisticated formula compared to what we’d seen before. It has an estimated SPF of two (yikes!) and is called the “Gletscher Crème” (Glacier Cream). This invention becomes the catalyst for Piz Buin, a company that still makes sunscreens today.

1950s — The unpleasant Red Vet Pet formulation from the 40s is handed off to a brand we’re sure you’re familiar with – Coppertone – who adapts and eventually commercializes it in 1956. The improved formula, in addition to the famous Coppertone Girl marketing, helps sunscreen become more mainstream. Other brands follow suit to invent their own products.

1962 — The SPF (sun protection factor) rating system is developed by Greiter, with some help from early research conducted by two men named Friedrich Ellinger and Rudolf Schulze. This scale helped empower consumers with more information about their own sun care and arguably lit a fire under brands to develop better formulas.

1977 — Water-resistant sunscreen is invented, which laid the groundwork for safer pool and beach days in the years to come.

1978 — The FDA gets involved with sunscreen regulation in the U.S., adopting the SPF rating system and issuing guidelines that more or less emphasize how bad tanning is for you…and how sunscreen is an absolute must.

1988 — An ingredient called “avobenzone” is approved by the FDA, which protects against UVA rays. (This followed the 1970s invention of a broad spectrum sunscreen developed by Piz Buin, the company founded by Greiter in the 40s.)

1990s to early ‘00s — Broad spectrum sunscreens become incredibly important after multiple studies indicate many people are still experiencing melanoma despite habitually wearing sunscreens. The studies point out that UVA protection is vital to the prevention of skin cancer, but most sunscreen products only protect from the sun’s UVB rays. Brands set out to correct the issue with the invention and inclusion of UVA-blocking ingredients. (When Supergoop! is founded a couple of decades later, we make sure every single product we make is broad spectrum.)

2007 — Enter Supergoop! Following a friend’s skin cancer diagnosis in 2006, Holly sets out with a business plan to put SPF in schools. This comes to fruition in 2007 with the brand’s Everyday Sunscreen SPF 50 (the first oxybenzone free sunscreen formula). The American Academy of Dermatology even recognizes Holly’s vision by awarding her their highest honor, the Gold Triangle Award.

2011 — Big-name retailers Sephora and Nordstrom recognize the outstanding quality of Supergoop! sunscreen and fill their shelves with the product. It was also during this year that the FDA releases comprehensive guidelines to educate consumers about the necessity of sunscreen, and what formulas are ideal. A year later, in 2012, Supergoop! is yet again recognized for its products with the CEW Indie Beauty Brand award.

2016 — Supergoop! becomes the most transparent sunscreen brand on the market by openly publishing efficacy reports for every single one of their products. They are the first and only brand at the time to do this, and they continue publishing these reports to this day.

2018 — Holly goes back to school with her giving program, Ounce by OunceTM, donating pumps of SPF to classrooms across America. She also partners with MD Anderson to teach kids about healthy sun habits. In addition, the brand launches their Unseen Sunscreen SPF 40, which quickly becomes a best-seller and the #1 SPF sold at Sephora.

The Future — There’s so much yet to come, and Supergoop! has some exciting things in the pipeline. Here’s to a wild sunscreen history, and healthy, protected days in the sun ahead.

+ What was the most surprising thing to you in the history of sunscreen? Share it in the comments below!

Here’s Why You Need SPF Every. Single. Day.™

About The Bright Side

Everything you ever wanted to know about SPF and your skin, all in one happy little spot.